ADTTA is a non-profitable group founded and organized by the UAE Expatriate Community, founded on December of 2011. Its main goal is to meet people of different nationalities with the same passion for the sport. It was registered to the Philippine Embassy of Abu Dhabi on March 2013. Four years in existence, ADTTA is now entering a new level of heights in its journey to promoting the sport that everybody of all level of play learns to love and appreciate.

As of February 2015, the group has been officially ACCREDITED by the United Arab Emirates Table Tennis Association (UAETTA). And by virtue of its accreditation by the governing body of Table Tennis in the UAE and as per rules and regulations set and mandated for all groups to follow, ADTTA is now given with a new and official name…The AFFILIATION OF DYNAMIC TABLE TENNIS ATHLETES (ADTTA). Furthermore, the New, Bigger and Better ADTTA has now a running total of 1,290 members and followers in its Facebook group page both UAE and abroad based.

The group has active officials and organizers being composed of different nationalities, extending the bond outside the Filipino community. Since its formation, ADTTA has been active in organizing numerous big table tennis tournaments in Abu Dhabi. The group is also an avid benefactor for different Charitable Institutions both here in the UAE and in the Philippines.

It has been a yearly endeavor in our part to support the CHILD HAUS PHILIPPINES & TAHAN TAHANAN. Over the years, the smiles in the faces of these kids greatly impacted and influenced our hearts to do even more benevolent acts of generosity through the sport of table tennis. 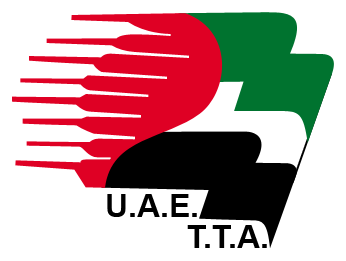 Quite simply, is to be “THE UAE’S MOST ORGANIZED GROUP in the name of Table Tennis” Being the most organized does not mean being the biggest group but it does mean being the best in terms of organizing, sportsmanship, friendly members, skills, and consistent and predictable growth. We are well on our way to realizing this Vision but there is more we must do to fully achieve it.